A high priority for many gay men is to find a psychologist who knows and understands your world. Psychotherapy works best when you feel free to talk about everything. I’m committed to ensuring you’ll have an accepting and understanding experience so you can feel comfortable bringing your whole self into therapy.

Gay affirmative therapy takes the perspective that gay and straight people are absolute equals, but the world is not organized to recognize that fact. Growing up in a homophobic world is traumatic and invalidating in both overt and subtle ways. Taking in homophobic attitudes from family, school, and the world at large can have a negative impact on personal growth and development. The aftermath may include low self-esteem, social anxiety, depression, and difficulty with trust.

Relationship concerns are among the most common reasons gay men seek help from psychotherapy. This holds true both for single men who are having difficulty forming relationships and partnered men experiencing an impasse in their relationship. As part of a collection of posts on gay men’s mental health, I would like to share some thoughts on relationship issues from both a psychoanalytic perspective and from the perspective of developmental and cultural factors particular to gay men. 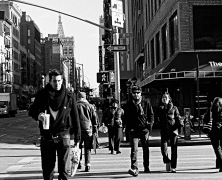 I think of coming out as not simply solving a problem, but rather making a developmental leap toward becoming your true self. While many commonalities exist among coming out stories, each person’s experience is unique to the emotional, interpersonal, and cultural contexts in which they are embedded. Going through a process of recognizing the internal and external forces that held you back, while building the strengths to overcome such adversity, can be personally transformative in ways that often supersede the initial problem of being closeted.
Coming out is not a single day marked in red on the calendar. It’s typically a process that unfolds over time, involving multiple changes in how you have come to know and understand yourself, and in how you relate to other people and the world around you. Gay affirmative psychotherapy may help you not only gain relief from the distress of being closeted, but also contribute to your growth and development in substantial ways. Our work together may help you sort through a complex array of multiple contexts, identities, and relationships in ways that may lead to increased self-awareness, self-esteem, mature relationships, and the strength to be yourself in the face of adversity. 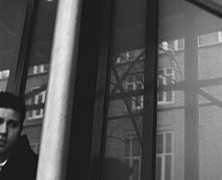 Social anxiety is one of the most frequent concerns I encounter among gay men in my practice. It makes sense if you think about it. Prior to coming out, most of us feared others would reject us if they knew the truth about who we are. Unfortunately, for those whose families did reject them or whose peers bullied them because of their sexual identity, this fear proved to be accurate. Coming out does not necessarily eradicate the fear of rejection. Sensitivity to rejection may persist into the present day while socializing with other gay men. Though the focus of concern may shift away from the fact of being gay to some other area of insecurity–for example, body image–the fear itself is similar in experience and resultant isolation.